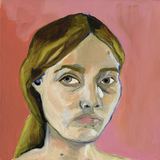 “Savior’s sweeping vocals echoes the melancholy of that of Lana Del Ray’s. Savior has a unique voice that veers away from the cookie cutter pop that is dominating the mainstream right now.” Ladygunn video-premiere

“Alexandra Savior has a penchant for clever wordplay and a voice that can hypnotize, terrorize, or both in four measures or less” Pitchfork

“Her ability to create something evocative, sedating and sultry, all at the same time is uncanny” Paste

“It’s a sound that should catch on in a hurry with fans of Lana Del Ray, Dead Man’s Bones, Zella Day and similar artists with a retro flair” Forbes

"Portland's mystery girl (VICE)" may no longer be a kept secret, but Alexandra Savior can never be fully figured out. With her latest single "Saving Grace," she also releases a cinematic noir film — complete with a motorcycle ride through the desert and Savior's signature stare piercing the lens outside a drive-thru chapel — to accompany the already sweeping track. Savior painted the single artwork herself, and it showcases that see-right-through-you Mona Lisa smile that we see in the video (directed by Joseph Bird.

Describing the video in her own words, Savior says: “This video was made with intuition… We went to Vegas to capture the lights and the energy of this specific representation of America. I think the character is in a contemplative state where she is fantasizing rather than living, which is the expectation of Vegas for most of us.”

This new single is the second release from her forthcoming sophomore album, The Archer, which was produced by Sam Cohen, often known as a fan of collaboration, most recently teaming up with Kevin Morby for his Oh My God album. On working with Savior, Cohen says, "It’s really a joy to work with someone who’s got such a strong sense of melody and also such a strong sense of what she wants stylistically.”

Savior's debut record, Belladonna of Sadness, was written in collaboration with Alex Turner of Arctic Monkeys and NME says, "Savior continues to build on that bold arrival and is becoming a star in her own right." Her new album shows that not only does her voice stand alone, but that her musicality stands alone, too.

A special live performance on November 19 at The Bootleg in Los Angeles was also announced today, and fans can hear the "striking and smoky vocals [that] belong solely to Savior (NME)" and these new picturesque melodies live.