TUNE Anemone - Sunshine (Back To The Start) 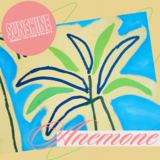 Anemone might be the brainchild of Montreal's Chloé Soldevila but it's the chemistry between each band member that really brings the band to life. Today the band is announcing their debut album Beat My Distance on Luminelle Records. To celebrate they are releasing a new song from the album titled "Sunshine (Back To The Start)." Soldevila explains then the song is about "Overcoming the pattern of falling in love with someone who is unworthy, but that you still believed it could work. I called it ''Sunshine'' because this song should resonate positively - it is about focusing on the bright side and coming out a stronger person; daydreaming of better, sunnier days."

Anemone formed after Soldevila met Zachary Irving at a show, then soon after Miles Dupire-Gagnon at a bar, and he then introduced her to Gabriel Lambert. The musical connection was immediate, and the four began working on songs together soon after. Samuel Gemme was a friend and sound engineer who worked on their recordings, spending so much time in the studio with them that he eventually joined the band. The final lineup of Anemone was set.

"Something happens when we're all onstage together," says Dupire-Gagnon "It's really special. There's nothing else like it." Lambert agrees. "The focus of the live show is to make people loose, getting them to dance, breaking people out of their shyness. Making people go crazier and crazier every night. Our mission was to capture that feeling on the record."

Beat My Distance plays just as well full-volume on a stereo as it does through headphones, reminding listeners that first and foremost, Anemone is a real live band, not just a solo bedroom studio project. This is music to be blasted from car speakers and at parties, a communal experience intended to be shared, the kind of emotional catharsis that can pack a dance floor-sometimes even packing the stage as well - and bring an entire room full of strangers together." The music comes from a place of joy and freedom," says Dupire-Gagnon "It's not all planned out. It's a party for real."

Anemone will be bringing their brilliant live show to North American and European audiences this fall including a run of dates with POND. All dates are listed below.