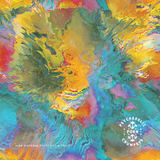 Having burst onto the scene in their homeland, releasing their first two LPs to widespread national acclaim, alongside supports with Royal Blood, Dune Rats & Black Mountain, the band have developed a staunch grassroots following with their captivating blend of psychedelia.

Ahead of their debut UK tour this September, the quartet have delivered an entrancing video for Cornflake, discussing their ideas in detail: “Existence is a strange concept so we wanted to create an animation that explores the idea of how weird life is. Even after all the soul-searching, religious preaching and spiritual journeys there is not one answer to anything”.

“The video salutes to the song perfectly, venting more energy, colour and strangeness that leaves most people perplexed. It’s sometimes hard to grasp we’re one of a billion grains of rice in a huge sushi roll; the video reinstates that awareness, so stop worrying and do something you care about before the aliens invade”.

Following on from Cornflake, the band will be re-releasing their first two LPS High Visceral Pt 1 & Pt 2 on a limited edition gatefold double vinyl. Limited to 1000 copies, the vinyl will be a UK/EU edition released 10th September and is available to pre-order here.