TUNE Suuns - Watch You, Watch Me 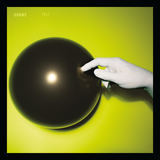 Suuns are pleased to announce their new album, Felt, coming out 2nd March on Secretly Canadian. Singer/guitarist Ben Shemie says, “This record is definitely looser than our last one [2016’s Hold/Still]. It’s not as clinical. There’s more swagger.” You can hear this freedom flowing through the 11 tracks on Felt. It’s both a continuation and rebirth, the Montreal quartet returning to beloved local facility Breakglass Studios (where they cut their first two albums [Zeroes QC and Images Du Futur] with Jace Lasek of The Besnard Lakes) but this time recording themselves at their own pace, over five fertile sessions spanning several months. A simultaneous stretching out and honing in, mixed to audiophile perfection by St Vincent producer John Congleton (helmer of Hold/Still), who flew up especially from Dallas to deploy his award-winning skills in situ.

Felt lead single “Watch You, Watch Me” debuts today via NPR Music. The song showcases an organic/synthetic rush that builds and builds atop drummer Liam O’Neill’s elevatory rhythm. O’Neill exclaims, “It was different and exciting. In the past, there was a more concerted effort on my part to drum in a controlled and genre-specific way. Self-consciously approaching things stylistically. Us doing it ourselves, that process was like a very receptive, limitless workshop to just try out ideas.”

Complementing O’Neill are the ecstatic, Harmonia-meets- Game Boy patterns unleashed by electronics mastermind Max Henry. Eschewing presets, Henry devised fresh sounds for each song on Felt while also becoming a default musical director, orchestrating patches and oscillations. Quietly enthusing about “freaky post-techno” and Frank Ocean’s use of space, he’s among your more modest studio desk jockeys: “Yeah, I sat in the control room while the others played – hitting ‘record’ and ‘stop’. It also gave me the flexibility to move parts around and play with effects. I do have a sweet tooth for pop music.”

Accompanying “Watch You, Watch Me” is a video directed by Russ Murphy. “Often we think we know peoples faces well, especially casual acquaintances but when we stop and really stare at them they start to look different to us. I wanted the video to give you that slightly odd feeling and also the uncomfortable feeling of being watched. Mainly I wanted it to be a crazy, frenetic & unsettling like the track itself".