TUNE Thyla - I Was Biting 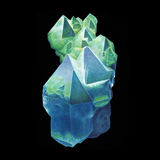 “Their future looks pretty rosy from where we’re sitting” – NME

Brighton’s emerging indie juggernauts Thyla launch their sprawling new single I Was Biting, capitalising on an exhilarating start to 2018 that’s seen them tipped for major success at both press and radio.

Spotlighted alongside Pale Waves, Nilüfer Yanya and Sorry in NME’s 100 Essential Acts for 2018, the post-punk outfit have since finished their first ever UK tour supporting INHEAVEN, drawing rave reviews and attracting plenty of fanfare across the country.

Lead by frontwoman Millie Duthie’s soaring vocals, in this intense new offering, the band’s limitless potential is exemplified once more in a collection of sky-scraping hooks and gripping guitars bursting with fury.

Discussing the single, the quartet stated: “I Was Biting is about dystopian aspects of modern society and a discontent for it. We talk about a unanimous feeling of anxiety and a desire to live in a fictional state of our own dreams; to escape from the mundane routine and expectations of society”.

With dates alongside Fickle Friends, High Tyde and Swimming Tapes scheduled over the coming months, Thyla will also play their debut London headline show at Sebright Arms on 14th March.

Produced by Macks Faulkron and mixed by Alex Newport (At The Drive-In, The Mars Volta, Weaves), Thyla’s I Was Biting is released on 6th March and will be available on all platforms.