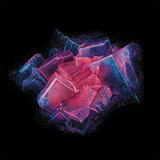 "It's a super step forward from the Brighton group" - Clash

“Their future looks pretty rosy from where we’re sitting” - NME

Edging ever closer towards the forefront of emerging British indie music, Brighton’s Thyla delivers another glistening reminder of their boundless potential in thunderous new single Blame.

Marshalled by frontwoman Millie Duthie’s soaring vocals, Blame exemplifies a band at the very top of their game with this latest display of euphoria soaked in reverb, brimming with creativity and accompanied by a series of stratospheric riffs and their trademark anthemic chorus.

Spotlighted alongside Pale Waves, Nilüfer Yanya and Sorry in NME’s 100 Essential Acts for 2018, the indie juggernauts have already attracted a whirlwind of online support this year (Pitchfork, Stereogum, DIY) alongside sharing bills with acts including Sunflower Bean, INHEAVEN and Fickle Friends.

Ahead of the track’s release, the band stated: “Blame is about the uncharacteristic choices people make when they’re trying to be like someone else, for the sake of someone else, at a cost to themselves. It’s a neurotic frenzy of guitars with self-conscious lyrics about the state of paralysis jealously puts you in; blind anger with no real solution”.

Produced by Macks Faulkron and mixed by Alex Newport (At The Drive-In, The Mars Volta, Weaves), Thyla’s Blame is released on 9th May via B3SCI Records (Jungle, INHEAVEN, Trudy and the Romance).