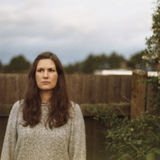 “Creatures is about the thoughts that haunt you at night when you’re trying to sleep. When you think about all the things you’re failing at and it feels like no matter what you do you keep losing the game of life” said Malco, talking about the new track. “It’s about being tired, facing adulthood, leaving youth behind. It’s about pretending to hold it together when at night all the ugliness is plastered across all the walls you stare at from your bed.”


Recorded with Andy Jenkin and Stephen Davidson (lead vocalist of Tellison), ‘Creatures’ is the first track to be released by Malco in some years, since her bold collection of live piano-based songs which formed her Tearing Ventricles EP came out on Alcopop! Records. The lauded EP followed on from the self-produced Four Goodbyes and Katie Malco and the Slow Parade, which was recorded in a North London church with Grammy-nominated producer and artist Iain Archer (Snow Patrol, Reindeer Section). The artist appeared again in Christmas 2017 with a one-off single Be Good at Christmas. Malco is yet to release a debut album.

Katie Malco writes music that sits quietly somewhere between an aching, serene sadness and a hopeful determination. She mourns her past and lays it out on the table for all to see, exposed with twitching nerves. Armed with only an old telecaster that's seen better days and her voice, Malco has toured the UK and mainland Europe extensively, including a sold out run with Tennessee's Julien Baker (Matador), and a sold-out Union Chapel show, as well as supports with Jenny Lewis, Laura Stevenson, This is the Kit, Laura Veirs, Kevin Devine, Tangled Hair, The Front Bottoms, Adam Torres, PAWS, Potty Mouth and more.