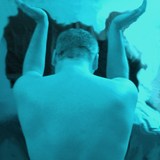 A note from Stephen Mead:

It is odd to find myself creating this page for music since I mainly think of myself as a mixed-media artist who is also a published writer. Not having a musical background for composing, please consider this page to be about a project-in-progress. The songs for the project elaborated on below, "Whispers of Arias" come from a poetry manuscript "Arias, Monologues & Mad Scenes", and it has been my hope over the years that others might take an interest in performing them. As the saying goes: hope springs eternal. Again, musically, I'm not really a composer/arranger but more of a "lyricist" who, as hip hop artists do, sampled music in attempts to create songs for my voice. (In other words: forewarned is forearmed, or something along those lines.) When it comes to others adapting these works I think of them as templates/palettes to be made use of. My sense is that choral groups/solo artists, (actors & actresses even), and those who work with them in an arranging/conducting capacity, have the best feel for what songs/words, lyrically, establish the groundwork of creative affinity. I like the idea of letting the artists who are doing the interpreting to have as much freedom as needed to play and use the material to pitches of emotional resonance which can do the greatest good.

"The Secret Marriage", a homage to LGBT Love, like the album it comes from, "Whispers of Arias, Volume Two" can best be summed up as follows: “Whispers of Arias”, Volume Two, picks up the Ariadne thread of Volume One to bring the listener further through a compelling musical maze. Indeed, conceptually, the two CDs could easily be combined as a double-set. Again there are voices both historic (Eva Braun), and from legend (Cassandra), while the themes of love, loss, war, and perseverance remain Universal. Again Kevin MacLeod’s instrumentation provides a haunting display of colors, ranging through a palette which could come from both Weimar Republic cabarets (Liebestraum), to Gregorian choral chants, (Rites). Whether exploring the legacy of 911 (“Rings”), or the passing of his own mother (“now, in this stillness”), a sense of human frailty and struggle for dignity remains vibrant in Stephen Mead’s explorations, and, although defined as whispers, perhaps ultimately something of spiritual truth will come through for the listener in these esoteric songs.