Back to The Great Western Tears's Music <
Album 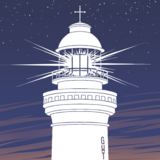 Tales From Tallows. Tallows Beach. Byron Bay. So named as this slice of Australian Paradise has inspired many of these songs from idea to inception. From my first foray down there as a wide eyed eighteen year old and all the trips that came after. Jumping off sand dunes, balancing on the old railway tracks for miles out of town, falling in love with spirited young women and watching them leave on the morning Greyhound, riding old bikes, falling off waves and partying at The Railway Friendly Bar. It has become one of my sanctuary's and along with all of the wild of Tasmania holds the key to many of the lyrics I write. This record is the culmination of my song writing partnership with Garry Richardson, who seamlessly took over the reins from Jon Parry whom having shown around my beloved Tasmania and the beautiful farm land beneath The Great Western Tiers therein, fell in love, married and never came home! We steered our previous band Swindlestock through numerous storms and high jinks and when it felt we had come to the end of that road we saw a little track in the undergrowth and took off up there with just a guitar and harmonica. The rest came later, the songs already ingrained in us and now benefitting from the presence of Fern, Kurt, Ian and sometime later Richard and Jodie. We had a new band and a set of stories that had a fine thread that tied them together. Rather than throwing the first batch of songs we had hatched down on record these arrangements grew together over time and the patience that was at many times stretched has to me proven worthwhile as I'm honestly very proud to call this the first LP I and We have put our name to. There's much more to come from the band, a second albums worth of material ripe for recording in the new year. Brighter and brasher at times, darker and lonelier at others yet still heartily inspired by travels to the Southern Hemisphere chasing Love and Adventure. 2017 promises to be a break out year for The Great Western Tears but meanwhile we hope you enjoy Tales From Tallows as much as we've enjoyed living it! The band would like to thank in no hierarchal order! Jon Parry, Gez Gerard, Ben Heaney, Richard Neuberg, Roland Prytherch, Alex Ogg, Seb Reynolds, All the Swindlestock crew, Francis Pugh & The Whisky Singers, The August List, Ags Connolly, The Epstein, Arthur Young, Adrian Phillips. Dava would also like to thank the Shayler-Appletons, Tim Doyle and all the Tazzie crew for their hospitality down the years. The Band. Garry Richardson. Guitars. Piano. Backing vocals. Mandolin on Binky of the bay. Dava Waterhouse. Vocals. Harmonica. Percussion on Tallows. Fern Thornton. Vocals. Kurt Hamilton. Pedal steel Ian Clark. Drums Gez Gerard Upright Bass. Jodie Cooper. Backing vocals. Special thanks go to.. Ben Heaney. Fiddle Richard Neuberg. Mandolin on Misty. Backing vocals on Blue checks, white cotton. Tim Aspin. Percussion on Binky of the bay. The August List. Backing vocals & Percussion on Blue checks, white cotton. Rich Jones plays Bass with the live band. All songs written by Waterhouse & Richardson and arranged by The Great Western Tears except Mistakes, Binky Of The Bay & Bid her well written by Waterhouse, Richardson & Parry. Recorded & Produced by Richard Neuberg at Strawhouse Studio. Mixed by Roland Prytherch except Bid her well, Misty & Not the losing kind mixed by Richard Neuberg. Mastered by Tim Turan at Turan Audio.