TUNE Jack Perrett - In The Morning 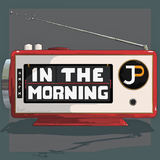 "Brilliant single", Huw Stephens, BBC Introducing Wales
“Exciting times ahead for Jack Perrett”, Vicki Blight, BBC Radio Wales
“The best thing to come out of Wales since Gavin and Stacey”, David Pottinger, Move On Up Blog
“Jack sings as if he has 6 albums, 3 BRIT awards, 2 Grammys and an Ivor Novello under his belt”, South Wales Argus

Newport native Jack Perrett is set to release his new single ‘In The Morning’ on 17th November via all major digital platforms.

After his 2016 debut EP ‘What You Saying?’, follow up, ‘No Time For Me’, Jack Perrett returns channeling maximum Britpop swagger with his new single, ‘In The Morning’. ‘In The Morning’ is a singalong affair from the get-go. With its 90s Britpop vibes and catchy hooks, the track showcases Jack’s natural ability for songwriting, solidifying his status as part of the bright future of British music. Seen busking outside Liam Gallagher’s debut Brixton solo gig and performing a cover of ‘I Wanna Be Adored’ on BBC Radio Wales in support of One Love Manchester Charity concert, Jack is not afraid to share his influences with pride.

In his career so far, Jack has become renowned as somewhat of a journeyman, travelling across the country playing gigs. From small town cafes, to the hustle and bustle of London, to the Rodney Parade Stadium, everywhere he travels his fan base grows larger and larger. ‘In The Morning’ was produced by Steffan Pringle (Estrons) and features members of Monico Blonde and a cameo from producer Steffan.