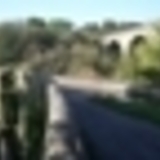 This is the title track of my new album, Roses and War. Its a mini-epic: if it seems serene for the first few minutes, give it time: I hope you enjoy the guitar heroics in the closing sequences. And the lyrics work at odds with the tranquility of the first half: its a comment on how flowers are used to mourn the dead, but most especially those killed in the Illegal Irak War. The "five years on" in the chorus was inspired directly by the commemoration of the declaration of war, marked by a short BBC drama and Newsnight which followed it, in March 2008. The references to a "sick rose" also encompasses William Blake's fantastic poem "The Sick Rose", which deals with the inevitability of corruption at many levels - as we know in the recent war, the corruption spans greed, desire for revenge, and a frightening drive to do the "right thing" from a fairly extremist point of view.
lastly, I think, at a more general level, the words pay an implicit tribute to the great poet and songwriter Robert Smith, from The Cure, who has dealt on many occasions with the inevitablity of decay and death out of beauty and innocence. A rose does exactly that: pick it and send it to your loved one, and it will wilt, grow diseased, and die. See "Bloodflowers" and several songs on "Disintegration". See also Richard Thompson's "Dad's Gonna Kill Me" and "Poppy Red" for an alternative way of saying similar things about war - the first tune, about our Irak invasion specifically. These are on the recent "Sweet Warrior" CD. Check out James' new CD too: "Hey Ma" - for a thankfully explicit anti war statement from my namesake, Tim (Boothe, the singer).

The song iself came together very quickly in my little studio: I wrote it in little more than 15 minutes and arranged it over a couple of days playing it only once or twice a day. Thus, the vocals are fresh and the guitar solo utterly heartfelt and spontaneous. I think it was one take for the solo, maybe I changed a couple of notes later, but precious little. Musically its the 12-string at its best, I try to get the best out of picking slightly unsual variations on D, G and A, changing to E minor for the last section, which I must admit was a snippet of a re-arranged version of something I'd tried before in a very long song that didn't quite make it.
The solo at the end pays tribute to the great great Steve Rothery of Marillion and the ever spectacular David Gilmour.
A song like this is hard to sum up. I think its my best achievement on a long song - 20 years on; same old song - but way better!