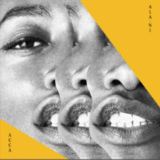 Paris-based Londoner ALA.NI will release a self-written, produced & arranged new album, ‘ACCA’, on January 24, 2020. Featuring appearances from both Iggy Pop and rapper/actor Lakeith Stanfield (of Atlanta and Sorry To Bother You fame) and recorded entirely acappella, ‘ACCA’ is the follow-up to ALA.NI’s widely praised 2016 debut ‘You & I’ (recorded and mixed between Andrew Hale’s Owl Studios & Damon Albarn’s Studio 13), picking up airplay at BBC 6 Music and securing ALA.NI fans amongst the likes of David Lynch, Iggy Pop, David Byrne and Jean-Baptiste Mondino. A powerful and uncompromising vision of modern womanhood, ‘ACCA’ is unapologetically honest and emotional in its account of pain, anger, sadness, and growth. As ALA.NI offers at the album’s midway point, “I can do it in the nice way / or I can be a bitch” - it’s up the listener to parse which is which.


Written whilst on the road (between Paris, Mexico, Los Angeles, the UK & New York amongst others), ALA.NI created ’ACCA’ by layering up hundreds of vocal tracks, some of which imitate the sounds of brass and string instruments, building an immersive, hypnotic world that blurs the lines between vibrating vocal cords, bowed strings, and blown reeds. Written - as with ‘You & I’ - a cappella, with ‘ACCA’ ALA.NI pushes a vocals-only technique to its furthest possibilities. Second time around, with attention focused firmly on beats and grooves, she has crafted infectious, rhythmic tunes owing more to Dr. Dre and legendary reggae artist Errol Dunkley than Billie Holiday or Sarah Vaughan. A cDescription: ALA.NI Acca artwork small.pngollection that is at once raw and rich, ‘ACCA’ is made up almost entirely of human voices - beatboxing serves as percussion, and ALA.NI lowered her own vocals using an octaviser in places to create the illusion of bass. Elsewhere, the album’s percussive elements have been created using everything from beer bottles and tennis balls to ALA.NI’s own body and the studio walls. At times haunting, at others ecstatic, it’s as unusual as it is involving, without a single guitar or piano in sight. “It was all pretty lo-fi and scrappy on my end,” says ALA.NI, who often captured the initial kernels of songs spontaneously on her iPad or laptop whilst in transit. “I didn’t record to a click, I didn’t use a tuner; I’d just press record and lay down whatever came out.”


The spectral shuffle of ‘ACCA’ album-opener ‘Differently’ signals the evolution of an artist some distance removed from the bruised torch songs of ‘You & I’. As does the startling appearance of Iggy Pop - whom ALA.NI tapped for a guest spot following airplay on his 6Music radio show - intoning French poetry with customary gravel on the playful ‘Le Diplomate’. Says ALA.NI of the collaboration, inspired by a brief encounter with a French diplomat, conceived & demoed in the space of a single night; “I decided to be brave and ask Iggy if he’d indulge me in my art - I found a poet in France who could help me turn this story into a piece a poetry. After the studio session in Miami, Iggy and I went to the beach for a swim and a long chat. I’d spent so much time working alone that having a legend like him step in to be a part of it really gave me a lot of belief.”


Many of the songs found on ‘ACCA’ began life as poems, offering freedom from the traditional verse-chorus structure of pop. The tunes twist and turn in unexpected ways, ALA.NI often writing from the standpoint of others. The cello slides of the doo-wop of ‘Hide’ actually freight a counsel to a close friend to leave an abusive relationship (punctuated by the sound of departing footsteps and a closing door, taking its listener outside into the chattering of birds), whilst ‘Papa’ wears its emotional baggage as a badge of honour. The lurching tension of ‘Van P’ - a track originally created out of a song-writing session for France’s First Lady of pop, Vanessa Paradis (which ALA.NI later deemed ‘too dark’ to pass on) - is ratcheted by a closing appearance from Get Out’s Lakeith Stanfield.


When ALA.NI’s debut came out in 2017, comparisons to Ella Fitzgerald and Judy Garland were quick, but her music actually reflects a far more complex influence and experience. Born in London to Grenadian-immigrant parents (her mother a couture seamstress and her dad a reggae bassist), ALA.NI grew up listening to everything from cabaret to calypso. Her great uncle, Leslie “Hutch” Hutchinson, was one of Britain’s most popular singers in the 1920’s & 30’s, also lover to Cole Porter. Also a talented dancer, ALA.NI loved Julie Andrews and the ballet, but was told in no uncertain terms that as a young black girl, those things weren’t meant for her.


After graduating from the Sylvia Young Theatre School, ALA.NI found work as a backup vocalist, performing across a broad range of genres with artists as diverse as Mary J Blige, Andrea Bocelli and Damon Albarn. ‘You & I’ - tailed by remixes from Adrian Sherwood and Chester Watson - triggered ALA.NI's debut on Later…with Jools Holland, later earning her a fan in David Byrne, bills shared with Rufus Wainwright and the Dance Theater of Harlem, and appearances at New York’s Lincoln Centre & David Lynch’s Silencio club. More recently, material from ‘You & I’ has also sound-tracked Netflix hit Russian Doll, starring Natasha Lyonne.

There’s nothing else like that right now Iggy Pop
Delivered in tones pure and unaffected, hers are poised, emotionally charged songs MOJO ****
The most single-minded album you’ll hear all year Q ****
Divine voice and lush chords….My goosebumps still haven’t completely gone Stereogum
Golden-voiced The Quietus
A majestic ode to the first stages of love The Fader
Lush yet melancholy, nostalgic yet somehow haunting Dummy Mag
ALA.NI seems to have descended, fully formed, from the heavens Evening Standard
A curio you didn’t know you needed till it arrived Observer
An engrossing hymn to love’s mad carousel Clash Magazine
It’s almost a let-down to learn that she’s not a spectre but a functioning human The Guardian