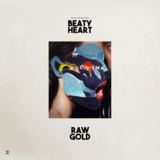 “Beaty Heart have returned in superb form” Crack In The Road

PRE-ORDER TILL THE TOMB:

South London trio Beaty Heart have announced the follow-up to singles Flora and Soft Like Clay with Raw Gold, the lead track into their new album Till The Tomb, impacting on 26th August. Till The Tomb, available a week earlier on 29th July, will be released through Caroline International/NUA Entertainment and both are available to pre-order now.


Flora and Soft Like Clay were the first introduction to the band’s forthcoming new album, Till The Tomb, and both received strong support from Radio 1; with plays coming from Annie Mac, Huw Stephens and Phil Taggart; Lauren Laverne and Steve Lamacq at 6Music; John Kennedy at Radio X (Evening Playlist addition) and internationally with Triple J.


Co-produced by friends Jungle, Raw Gold doesn’t leave the listener hanging, rapidly opening with its infectious pop hook and incredibly compelling chorus. Combined with its glittering beats and alluring percussion, this deliriously brilliant song is sure to be a standout track of the summer. Beaty Heart say:


“We wrote Raw Gold last year when we were touring with Jungle, and originally it was this mega wavey slow jam. That filthy bass you can hear in the choruses didn't come in till right at the end. We played it to the guys in Jungle and they suggested that it had potential to be more of a banger - they were like 'give us more of that dirty bass'. We were into that idea, so we met up together in the studio and re-wrote it into this 'roid-rage version, for all the people of the world to explore their bodies to.”


Beaty Heart are Peckham-based alt-pop trio Charlie Rotberg, Joshua Mitchell and James Moruzzi, who released their acclaimed debut album Mixed Blessings in 2014, championed by the likes of Huw Stephens, Phil Taggart, Steve Lamacq and John Kennedy. Now they return with a reinvigorated new sound, influenced by the likes of Lee Scratch Perry, Arthur Russell, Roots Manuva, Pharoah Sanders and Floating Points. Beaty Heart juxtapose their musical and cultural influences from a captivatingly eclectic variety of sources, weaving an array of samples, instrumentation, and percussion into their sound to create something that is unique and distinctive.


Over the last year, Beaty Heart have been in the studio working on their second album Till The Tomb with producers David Wrench (FKA Twigs, Caribou, Jungle) and Dave Eringa (Manic Street Preachers, Wilko Johnson), which is set for release on 29th July. The band have recently signed to Harvest Records in the US, home of Glass Animals, TV on the Radio and Best Coast, amongst many more.

Both their live and recorded music is accompanied by original video and artwork, with the latter seen on the sleeve art for Raw Gold, which follows suit with the Flora and Soft Like Clay artwork, both created by Yves Rulliere.

The full tracklisting for Till The Tomb is as follows:

After an extensive worldwide tour with Jungle last year, Beaty Heart have recently performed at UK festivals including The Great Escape and Live At Leeds along with selling out a headline show at London’s Electrowerkz. They have announced an autumn headline UK and European tour and will also be performing at further festivals this summer including Secret Garden Party, Lovebox and Bestival. Full tour dates are as follows: