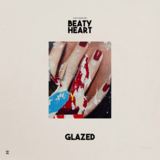 NEW ALBUM ‘TILL THE TOMB’ OUT NOW

“Some of the best British pop of 2016” The Observer

“This is ambitious, outward-looking pop unafraid to play by its own rules” Q

South London trio Beaty Heart have announced new single Glazed, which follows tracks Flora, Soft Like Clay and Raw Gold, from their second album Till The Tomb, out now through Caroline International/NUA Entertainment.

Flora, Soft Like Clay and Raw Gold introduced fans to the band’s second album, Till The Tomb, and all received strong support from Radio 1; with plays coming from Annie Mac, Huw Stephens and Phil Taggart; Lauren Laverne and Steve Lamacq at 6Music; John Kennedy at Radio X (Evening Playlist addition) and internationally with Triple J.

Written about 21st century relationships and the role of technology, new single Glazed is an eccentric track that slowly and softly builds to an upbeat alternative pop chorus, backed by a unique soundscape that is undoubtedly Beaty Heart. The band say;

“Glazed was actually the very first song we wrote for Till The Tomb, and that was important for us to establish such a different tone from our first record so early on in the process. It’s got a sleazy, steamy vibe to it sonically, and a lot of those textures were carried into the other songs as we went forward.”

“The song explores the way we use technology to establish and maintain relationships, not only with other people but with ourselves. The main chorus hook, 'love is reflected in the glaze', is referring to the narcissistic tendencies of social media, looking at the way that we use these formats to paint strange, hyper-romanticised self portraits of ourselves in order to combat the loneliness of real life. But at the same time, it is also a love song. You can decide what you want to hear. It's like a 'choose your own adventure' edition of Goosebumps, but sexier.”

Beaty Heart are Peckham-based alt-pop trio Charlie Rotberg, Joshua Mitchell and James Moruzzi, who released their acclaimed debut album Mixed Blessings in 2014. Returning with a reinvigorated new sound, influenced by the likes of Lee Scratch Perry, Arthur Russell, Roots Manuva, Pharoah Sanders and Floating Points, their second album was produced by David Wrench (FKA Twigs, Caribou, Jungle) and Dave Eringa (Manic Street Preachers, Wilko Johnson). The band recently signed to Harvest Records in the US, home of Glass Animals, TV on the Radio and Best Coast, amongst many more and will be touring the US next month.

Both their live and recorded music is accompanied by original video and artwork, with the latter seen on each single sleeve and album art in the Till The Tomb campaign, all created by Yves Rulliere.

After an extensive worldwide tour with Jungle last year, Beaty Heart have recently performed at UK festivals including The Great Escape, Secret Garden Party and Lovebox along with selling out a headline show at London’s Electrowerkz. They are heading out on a UK and European headline tour this Autumn and will be playing their final festival of the year at Bestival. Full tour dates are as follows: