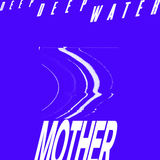 
“One of London's most exciting new acts” – NME
“Deep Deep Water have carved out each element with care, accentuating each other in a way that curates a feeling of peaceful tension.” – The 405
“Incredibly exciting” – Jack Saunders BBC Radio 1 Next Wave

Deep Deep Water, the blissfully atmospheric London-based four-piece, release their new single ‘Mother’, the third single to emerge from debut EP ‘Something in the Water’, released September 27th. In their short time together they’ve amassed support from the likes of NME, The 405, BBC Introducing, BBC Radio 1, BBC 6 Music and Radio X as well as securing placement on some of the country’s most prestigious festival line-ups such as All Points East, Glastonbury and Bluedot.
Following a hectic summer, which also saw the band release the title track from the EP, the new single comes alongside news of a London headline show at The Pickle Factory.
On Deep Deep Water’s crystalline debut EP they present four pristine outsider pop anthems, produced by Richard Norris, recorded at Real World and released on Aphrodite, a new label by Greco-Roman cofounder Alexander Waldron. It perfectly encapsulates their technical, melodic and sophisticated sound.
‘Mother’ kicks off with epic, sweeping soundscapes and layers of beautifully composed electronics while previous single ‘Freedom’ is inviting with wistful trip-hop tendencies and a gloriously catchy vocal delivery. Interwoven are some precision beats and infectious, textural guitar work. These are intelligent, expertly crafted melodies by a band experienced in production and arrangement. Individually they bristle with effervescence and as a first full body of work they complement each other entirely, providing an astoundingly confident introduction. The dreamy ‘Tame’ brings to close the all-too-brief encounter with the expanse that is Deep Deep Water.
They tell us; "This first EP explores our experiences over the past few years and emerged from our collective psyche. It examines our connection with the changing city, our relationships and our internal struggles."
As their name suggests the quartet focus on the depth and haunting unknown of what lies beneath. Beneath ourselves, our friendships and society as a whole. It’s an experiment in exploration of self and our surroundings. And like the ocean the band use their brand of dub-inflected pop in a way that is both beautiful in its elegance and foreboding in its intensity.
Deep Deep Water have a more profound understanding of each other than most of their contemporaries. Having been close since childhood their songwriting styles have progressed independently and as a combined collective. Drawing musical inspiration from the smoky delivery of Portishead and the ethereal sheen of Warpaint, Deep Deep Water locked themselves away for much of 2018, and this tireless rehearsal schedule has paid off with stunning debut recordings and spectacular shows across the country.
Expect Sheals’ trademark acrobatics behind the drums, Steen’s deft synthesis, Bowmaker’s languid guitar lines, and a versatile, powerhouse vocal from Cohen.