TUNE Demob Happy - Wash It Down 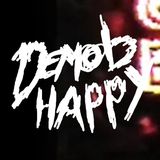 “…a festering and ferocious trip” – the Guardian
“This Brighton bunch have established themselves as one of the UKs best new bands.” – DIY
“A filthy opening statement ... Sleep on Demob Happy at your peril.” - NME 8/10
“‘Young & Numb’ is a kick in the spine and a certain breath of fresh air.” – Best Fit
"Tongue firmly in cheek, but the music is deadly serious!" – Zane Lowe, BBC Radio 1
"The gutter, the gulley, THE GIRTH!" - Phil Taggart, BBC Radio 1

DEMOB HAPPY
Announce new single ‘Wash It Down’ for August 14th via SO Recordings
facebook.com/demobhappy | demob-happy.com | @demob-happy
Following their critically acclaimed ‘Succubus’ single and Young & Numb EP, Brighton’s rising garage rock force Demob Happy assert themselves as one of the UK’s most exciting new bands with their roaring new single ‘Wash It Down’ for August 14th via SO Recordings.
Dubbed a “joyride through rock’s sleazier back alleys” by The Guardian’s Single Of The Week for the grunge prowess of their debut track ‘Succubus’, and receiving an 8/10 review from the NME for their Record Store Day EP Young & Numb, Demob Happy recently took a double page spread in DIY Magazine heralding their brutal sound as “readying a 2015 dominance”. Also tipped by the likes of The Independent, Q, Music Week, Best Fit, The 405, Drowned In Sound and Clash, the quartet prove themselves favourites at BBC Radio 1 too with Phil Taggart urging listeners to “to beg steal and borrow to see these guys live”.
Leaving Brighton’s club venues broken and beaten from a run of packed out gigs at The Great Escape Festival, and a sold-out headline show at The Haunt to close their mammoth UK April tour, Demob Happy will bring their unhinged display of feedback and fuzz to Europe this month in support of noise-rock giants DFA 1979 beginning June 20th in Dresden.
Demob Happy will release ‘Wash It Down’ this August 14th via SO Recordings.
June tour w/ Death From Above 1979
20th Beatpol, Dresden, Germany
22nd Gloria Theatre, Cologne, Germany
23rd Schlachthof, Wiesbaden, Germany
Demob Happy are: Matt Marcantonio (lead vocals, bass), Mathew Renforth (guitar, backing vocals), Adam Godfrey (guitar, backing vocals) and Thomas Armstrong (drums and vocals).