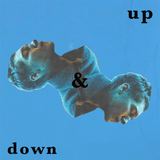 With the release of 'A Dream is U' coming around the corner, Manchester’s Francis Lung shares the new song from album highlight 'Up & Down'. Francis describes the song as being: “a bipolar love story - two lovers with manic mood swings, the narrator speaks in an accusing tone, berating his lover for their erratic behaviour, in denial and unaware that they are just as difficult. the quietness of the vocal delivery in the verses and dramatic, loud delivery of the choruses is meant to represent a mood swing from depressed to euphoric and back again”. Drawing influence from the classic baroque and roll of Big Star and Chris Bell and The Lefte Bank, Francis, describes his new album as “a kaleidoscopic dreamscape recorded in full audial Technicolor, swimming with strings, harmonies, silver saxophones and merry go-round guitars. it’s the record I’ve always wanted to make”. Released later this Summer via Memphis Industries, Lung’s much-anticipated debut album ‘A Dream Is U’ is bold and ambitious, a magical musical journey informed by the greats but also one that is wonderfully idiosyncratic, the sound of a multi-instrumentalist tying together all manner of influences into one beautifully crafted album. At times boisterous and radiant, elsewhere contemplative and brooding, ‘A Dream Is U’ feels like being awake in dreams, like stepping outside of the daily rotation; like shadows leaving their dancing bodies to waltz away to their own tune. Francis and his band will be bringing his show to dates up and down the country this summer including appearances at Blue Dot and Manchester International Festivals. UK Tour Dates 19.07.19 – Blue Dot Festival 19.07.19 – Manchester International Festival, Museum Of Science and Industry 18.10.19 - Hyde Park Book Club, Leeds 23.10.19 - Old Blue Last, London 25.10.19 – Hug & Pint, Glasgow 26.10.19 – Soup Kitchen, Manchester 01.11.19 – 81 Renshaw, Liverpool 02.11.19 – Fulford Arms, York