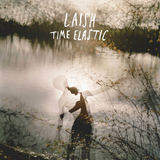 “This is a great pop record” - Steve Lamacq, BBC 6Music

LAISH are excited to announce the first track from imminent fourth album ‘Time Elastic’, their second for French label Talitres, due on 13 April.

The song demonstrates frontman Danny Green at his most contemplative and illustrates perfectly his narrative flair.

“Title song ‘Time Elastic’, was written after I finished watching Nick Cave's One More Time With Feeling film. I tried to put myself in his shoes, to imagine walking through the days with such a crushing burden of grief. It was a very powerful feeling and one I hope the song captures.”

Laish, are piloted by the mesmeric Danny Green, a master of captivating confessionals and a thoroughly engaging front man. His glorious voice ranges from the angelic, to a plaintiveness echoing Robert Wyatt, to deeper Kurt Wagner-esque tones.

New album, ‘Time Elastic’, brims with ultra-cool, classic songwriting and bestows a superbly developed and playful record, full of surprises. A bold step forward, presenting a songwriter at the height of his powers.

‘Time Elastic’ is Laish’s second album on esteemed French label, Talitres (The National, Micah P Hinson). Produced in Brighton during the late summer of 2017 with Tim Bidwell, this album is their most direct and satisfying release to date, displaying some truly breathtaking arrangements.

Compared to its predecessor ‘Pendulum Swing’, essentially a heartbroken record, ‘Time Elastic’ is more reflective and appreciative, a taking stock and consolidation.

A reputation for compelling, energetic and joyous live performances, Laish have played at many prestigious London venues such as Union Chapel, St Pancras Old Church & Barbican, and have toured the UK & Europe extensively, including festivals like End of the Road, Larmer Tree and Cambridge Folk. They have also amassed strong radio support from, amongst others, Steve Lamacq, Tom Robinson and Chris Hawkins at BBC 6Music.

“..songs.laced in equal measure with cynicism and charm...songs that are lyrically and musically spot-on. Smart, literate and tuneful.” – Americana UK