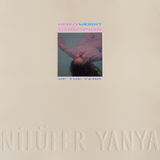 Heavyweight Champion of the Year

NILÜFER YANYA SHARES NEW SINGLE AND VIDEO ‘HEAVYWEIGHT CHAMPION OF THE YEAR’ INTERPOL TOUR STARTS 14 NOVEMBER INCLUDING TWO NIGHTS AT LONDON’S ROYAL ALBERT HALL “The 22-year-old London-based singer-songwriter has a knack for writing lyrics that seem to stare you straight in the eye" - The FADER "For a young artist, Yanya already has an impressive range, and her ability to render the highs and lows of life in her songs is no small feat." - Pitchfork Nilüfer Yanya, London’s 23 year-old “effortlessly smooth new soul star” (The FADER) has today shared her stunning, expansive new single ‘Heavyweight Champion of the Year’, alongside its intimate, self-reflective accompanying visual. ‘Heavyweight Champion of the Year’ was co-produced by Nilüfer herself, and live band members saxophonist Jazzi Bobbi and bassist Luke Bower. The single is out now on ATO Records / PIAS and precedes Nilüfer’s run of huge shows supporting Interpol which begins on 14 November at London’s legendary Royal Albert Hall. ‘Heavyweight Champion of the Year’ is Nilüfer’s second single of 2018 following ‘Thanks 4 Nothing’ which was playlisted by BBC Radio 6 Music and heralded as “perfectly poised pop” by Dazed And Confused. The new release comes from a place of introspection, with Nilüfer describing the track, “‘Heavyweight Champion…’ for me is about reaching my own metaphorical bar, reaching my own limits within myself, and kind of forbidding myself to take it further. It feels like quite a physical song, quite physically tired - and mentally, but knowing the desire is still there to continue. I imagine it sometimes in my head as drawing a line around me and the outside world - a form of self protection and preservation.” The video for ‘HCOTY’ is directed again by ENERGYFORCE, the creative team behind all of Nilüfer’s stunning DIY visuals including ‘Small Crimes’ and ‘Baby Luv’, with Nilüfer explaining, “The video is about the concept of performance and the relation to the individual. We are never really sure who is the real me.” She continues, “This is because we are all in a state of constant performance, whether that be in everyday life or being in front of a camera. Even when we are not performing, how do we know we are not performing? Which is the genuine and which is the fake? Only in retrospect we can look back and realise ‘I wasn’t being myself’ or ‘I was completely myself’.” This November, Nilüfer will head out on the road with Interpol across the United Kingdom and Europe, taking in two nights at the Royal Albert Hall in London on 14 & 15 November before Manchester, Dublin, Hamburg, Copenhagen and more, culminating in a show at Paris’ La Salle Pleyel on 29 November. Nilüfer has also just announced a run of North American tour dates with Sharon Van Etten throughout February 2019. *** ‘Thanks 4 Nothing’, Nilüfer’s first single of 2018 and the second track on her Do You Like Pain? EP following ‘Baby Luv’, detailed the darker thoughts surrounding a break up, a poignant look at a crumbling relationship that can’t be fixed, accompanied by a 70s-style, “Handmaid’s Tale meets Pulp Fiction” video directed by ENERGYFORCE. Described as “an absolutely great pop song… bubbling from beneath with a sense of power and pressure” (Noisey) and “an emotionally intense, brilliant return” (DIY), ‘Thanks 4 Nothing’ further established Nilüfer’s inevitable ascent this year, and proved that “Nobody does steely, wounded restraint now quite like this south-London guitarist” (The Guardian). Nilüfer celebrated the release of Do You Like Pain? with a run of six dates across Europe in April and an eight-date U.K. tour in May, finishing with her biggest headline show thus far at London’s Village Underground on 29 May. Nilüfer Yanya landed a spot on the BBC’s annual Sound Of 2018 poll longlist, continuing a stellar rise that began with early releases ‘Small Crimes’ and ‘Keep On Calling’. Nilüfer has enjoyed extensive support from both mainstream and independent music, culture and fashion publications such as Pitchfork, The FADER and The New York Times, plus a host of DJs at BBC Radio 1, BBC Radio 6 Music and BBC Introducing in London. A further slew of tips lists, including DIY’s ‘Class Of’ and The FADER’s ‘British Artists To Watch’, as well as The Sunday Times’, GQ’s and Dork’s, firmly established Nilüfer as one of the most promising British songwriters and guitarists of her generation; attention will soon turn to her hotly-anticipated debut record - due in early 2019 on ATO Records / PIAS. *** See Nilüfer Yanya at the following live dates: 14 November | Royal Albert Hall, London* 15 November | Royal Albert Hall, London* 16 November | O2 Apollo, Manchester* 18 November | Olympia Theatre, Dublin* 19 November| Olympia Theatre, Dublin* 23 November | Mehr! Theater, Hamburg* 24 November | TAP1, Copenhagen* 25 November | Tempodrom, Berlin* 27 November | Tivoli Vredenburg , Utrecht* 28 November | Forest National, Brussels* 29 November | La Salle Pleyel, Paris* 7 February | Union Transfer, Philadelphia^ 8 February | Royale, Boston^ 9 February | Beacon Theatre, New York City^ 11 February | Danforth Music Hall, Toronto^ 13 February | Majestic Theatre, Detroit^ 18 February | Gothic Theatre, Englewood^ 22 February | The Imperial, Vancouver^ 23 February | Neptune Theatre, Seattle^ 26 February | The Filmore, San Francisco^ 28 February | The Observatory North Park, San Diego^ 29 April | Les Nuits Botanique Festival, Brussels, Belgium *with Interpol ^with Sharon Van Etten Nilüfer Yanya - Heavyweight Champion of the Year - out now via ATO Records/PIAS