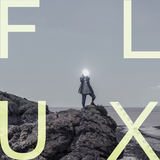 RACHAEL DADD releases new album ‘Flux’ out 8th November 2019 on Memphis Industries - ‘Cut My Roots’, first single from ‘Flux’ available now - “Rachael Dadd is one of the most talented, wise, prolific and important women of our times" Kate Stables (This Is The Kit) “Brilliant singer songwriter... cogent and thought provoking” Lauren Laverne “Bold art folk... accomplished fusion of words, acoustic strumming and wild percussive textures.” Uncut “Delicate, thoughtful and precise... one of the most fascinating female talents we’ve come across.” For Folks Sake “An artist set to define the genre” The Line of Best Fit Contemporary folk multi-instrumentalist Rachael Dadd is set to release her new album ‘Flux' on Memphis Industries on the 8th November 2019. Produced with Marcus Hamblett (Villagers / Laura Marling), 'Flux' is a response to external and internal tides: the flow of life up-rooted; a protest against the flow of recent political history and a diary of the flow within the intimate space of home. Collaborators include multi-instrumentalist Emma Gatrill (Willie Mason / Matthew and the Atlas), drummer Rob Pemberton (Emily Barker / Low Chimes), bassist Jim Barr (Portishead) and vocalists Kate Stables and Rozi Plain (This is The Kit). The album will be preceded by the release of 'Cut My Roots', the first single and to be taken from it, which is out now. Inspired by Rachael’s own personal experience of our country’s strict visa laws, the track is a protest against recent political tides and a general rise in white supremacy. As Rachael says, “I wanted to speak up for our collective liberties. When it came to making the music video I used the context of our oppressive past which, although is no longer in living memory, still echoes all around us today. It is important that each one of us keeps an eye on our collective liberties.” ‘Flux' follows Rachael’s highly acclaimed album 'We Resonate’, which came out on Talitres and Sweetdreams Press, and a string of international releases on Broken Sound, Lost Map, Sweetdreams Press and Angel’s Egg. Living half her time as a travelling musician in Japan, witnessing how other people create things, connecting with other cultures and landscapes; all this is a furnace for Rachael’s innovative song writing, which has seen her gain a reputation as a pioneering and thought provoking artist, unafraid to push the boundaries of folk and pop. In 2016 her solo ‘Piano & Projection’ show received an Emerging Excellence Award. She has toured this show as well as full band and solo sets across venues and festivals in the UK, Europe, Australia and Asia. Her countless festival performances include End Of the Road, Green Man, Glastonbury, Truck, Farmfest and Wilderness in the UK, as well as Le Festival Les Femmes' en Mêlent (France), Mandrea Festival (Italy), Woodford (Australia) and Women in (E)Motion (Germany). She has twice headlined tours around the UK, once across Europe and most years since 2008 in Japan. Rachael regularly tours with long time friends and collaborators This Is The Kit and Rozi Plain, as well as David Thomas Broughton, Francois and the Atlas Mountains and Alessi`s Ark. Rachael co-curated Bristol’s SHHH Festival (a celebration of quiet and diverse music), instigated the group exhibition DIY is all you need with fellow musicians and artists, and curated and hosted Rachael Dadd and Friends at Kings Place, London. In Japan she has written for some top names such as UA and Gontiti, and performed to an audience of 4000 at Tokyo’s famous NHK Hall. With a background in fine art, Rachael puts great attention into the conceptual and visual through her music videos, album artwork, hand-made merchandise and exhibitions, and has received wide support from DJs on BBC 6 Music, BBC Radio 1, BBC Radio 2, BBC Radio 3 Late Junction, BBC Radio 4, Xfm and France Musique. Tour Dates 2020 Hyde Park Book Club, Leeds 28/01 The Glad Cafe, Glasgow 29/01 Cobalt Studios, Newcastle 30/01 Gullivers, Manchester 31/01 Malt Cross, Nottingham 01/02 Jam Jar, Bristol 07/02 Cuban Embassy, Birmingham 08/02 The Lexington, London 12/02 Ramsgate Music Hall, Ramsgate 13/02 The Hope and Ruin, Brighton 14/02 The Railway, Winchester 15/02 www.rachaeldadd.com www.facebook.com/rachaeldaddmusic www.instagram.com/rachaeldadd www.twitter.com/RachaelDadd www.rachaeldadd.bandcamp.com