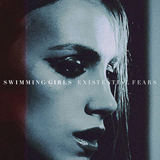 “It's loud, it's bombastic, it's oozing with emotion and it keeps you totally captivated” The Line Of Best Fit

Swimming Girls blaze into 2019 with their incandescent new single ‘1 2 Many’ - their first musical offering of the year, and the first taste of what is to come on a brand-new EP ‘Existential Fears’ due for release on June 7th on Yucatan.

Swimming Girls are a band born out of an essential, shared ethos – that inclusivity is paramount and that no-one is ever alone. Almost a year since the Bath four-piece’s triumphant arrival with debut offering ‘Tastes Like Money’, it’s a philosophy that still drives them forward, sitting at the very core of their music. Going hand in hand with their impeccably infectious string of singles last year, it’s a message that seems to be connecting on all levels: they’ve now garnered support from all corners (Radio 1’s Huw Stephens, Greg James, Alice Levine & Phil Taggart, Spotify, Radio X’s John Kennedy) and have played masses of headline shows of their own, as well as supporting The Jesus And Mary Chain, Bad Sounds, Pale Waves and Fickle Friends. More recently, they were hand selected (from 5000 bands) to be one of the Glastonbury Emerging Talent finalists. In the competition which took place 27th April, the band came third, and therefore won a PRS Grant and an offer to open one of the stages at this year’s festival.

Now it’s time for Swimming Girls mark 2 and as a result, everything has gone up a gear for 2019. The band spent the winter in the studio writing and recording and, just as the sun begins to flirt with the UK properly, they’ve re-emerged, armed with a sparkling new EP – 'Existential Fears’ due to be released on Yucatan Records later this Spring. ‘1 2 Many’ is the first hint of what is to come from the exceptionally promising young band.

Written about a break up, and often inevitable loss of self-control that can often follow, ‘1 2 Many’ is a mouth-watering portion of shimmering pop that effortlessly glistens with all the touches that we’ve come to expect from Swimming Girls. At the core, is the bands over-riding motto of togetherness - instead of choosing to dwell in self-piteous heartbreak, ‘1 2 Many’ invites its listeners to embrace their unavoidable mistakes and rejoice in our momentary romantic relapses – after all, who hasn’t been there.

Hand in hand with new music are a pair of headline shows that have just been confirmed for Swimming Girls. They’ll play Bristol’s Exchange on June 10th, before heading to London on the 11th to play The Lexington to celebrate the release of the EP. Before then, they’ll play The Great Escape and Dot-To-Dot Festival, and have now also been announced for Glastonbury 2019.