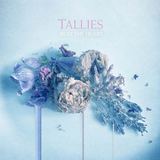 FEAR OF MISSING OUT RECORDS

As premiered via Brooklyn Vegan


“Crafting the kind of woozy, surf-pop nodding gold that wouldn’t sound out of place blaring out of a busted Cadillac cruising past Venice Beach” DIY

Toronto-based indie-pop band Tallies have released their new single ‘Beat the Heart’ alongside details of their debut album. Their self-titled debut album will be released 11 January 2019 via Fear of Missing Out Records in the UK (Kanine and Hand Drawn Dracula in the US).

‘Beat the Heart’ sees the band deftly carve out their own indie anthem in a similar vein of ‘80s bands like The Smiths and Cocteau Twins. Frontwoman Sarah Cogan says the infectious and charging track laments “the lack of empathy that exists so strongly today”.

Tallies navigate an unfamiliar world on their confident self-titled debut album, which blends elements of shoegaze, dream pop, and surf rock into a fresh sound that’s all their own. The band was founded by singer and rhythm guitarist Sarah Cogan and lead guitarist Dylan Frankland, a couple who met in a sound engineering class while attending Algonquin College (Ontario, Canada). Tallies’ sound was fully realised with the addition of Frankland’s friend from childhood rock camp, drummer Cian O’Neill, and bassist Stephen Pitman.

Growing up with a music-obsessed father, Dylan Frankland was introduced to greats like The Smiths, The Sundays, Aztec Camera, and Cocteau Twins. He subconsciously carried these influences into Tallies, which is evident in the Johnny Marr stylings of his guitar riffs and the Robin Guthrie-tinged shoegaze textures of his production.

The album was co-produced by Frankland and Josh Korody at Toronto’s Candle Recordings, a hot spot where locals like Metz, Dilly Dally, Austra, and Weaves have made indie classics. It’s also where Frankland works as an engineer/producer. With upbeat percussion, melodic bass riffs, and magnetic guitar leads, Tallies puts one-of-a-kind melodies to the universal impact of adulthood hitting you square in the face.

Tallies self-titled debut album is released 11 January 2019 via Fear of Missing Out Records.


Having just finished a tour around Canada with dates in the US also, Tallies will be announcing new dates in the new year.

- Featured in Brooklyn Vegan, The 405, Clash, Too Many Blogs, Gigsoup, Punktastic, Northern Transmission…