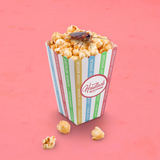 Lottery Winners present album highlight ‘Headlock’, lifted from their self-titled debut album which peaked at no. 23 in the Official Album Chart. A Brit-pop inspired stomper, “Headlock is a twisted love song” explains frontman Thom Rylance. “It treads the tightrope between being sweet and scary. But can any love really survive with obsession?”.

“The request to make a music video was sprung upon us, and we panicked” explains Thom. “There was no preparation or planning, we just went to Leigh with a camera and filmed where and what and who we saw. It’s not much, but it’s home”.

’Headlock’ received a host of support on release, including a spot on Spotify’s New Music Friday and Walk Like A Badass playlists, among others. It follows on from recent singles ‘21’ ‘Hawaii’ & ‘Little Things’; indie pop at its catchiest, gathering early support from the likes of Clash, NME, Dork & Earmilk. The band also gained a video spot on Channel 4’s Sunday Brunch as well as radio support from 6 Music’s Chris Hawkins & Amy Lamé, John Kennedy at Radio X, and are obviously super chuffed to be playing Radio 1’s Big Weekend.

Since lockdown, the band bought new kit, educated themselves and planned a whole host of daily ideas on the social networks, including LWTV every Sunday morning, which has featured Thom interviewing such varied rock legends as Frank Turner (a HUGE fan of the band), Rick Astley & Miles Hunt, alongside Andy Burnham (superfan, MP and Mayor Of Manchester), with plans for many, many more in the weeks ahead.

Born and bred in Leigh, Lancashire, Lottery Winners are bringing back a sense of fun and a fiercely independent spirit to British music, with an eye on modelling it in their image, and proof that alternative, guitar-based tunes belong at the top of the charts and to the masses. They’re everything a good band should be; ambitious, bold and in touch with their growing legion of fans.

After being discovered by music industry legend Seymour Stein (who famously signed Madonna, The Ramones, Talking Heads and many more,) Lottery Winners have spent the last two years recording tracks for their debut album….a complete labour of love, with a longer than planned delay due to the well-trodden path of record label disputes and the lengthy process of taking back control. The album was produced by award winning producer Tristan Ivemy (Frank Turner) and mastered by Frank Arkwright (The Smiths) at Abbey Road.

This foursome are bringing back a sense of fun and a fiercely independent spirit, having truly grafted to reap the rewards. Now signed to Modern Sky UK , Thom, Kate, Rob and Joe are winning over a slew of new fans, stealing the hearts of audiences across the UK and Europe, with support slots for the likes of Catfish and the Bottlemen, Tom Jones, Madness, The Libertines, and a storming Glastonbury debut last June.

Lottery Winners is made of real flesh and bones. It’s made of working-class Britain. It’s made of self-deprecation, dire deprivation and true dedication. Their live shows explode from the stage and stay in the minds of the audience, buried in there forever. They always come back. This is your new favourite band, whether you know it yet or not.