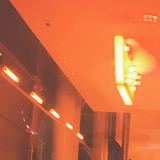 Wyldest reveal details of their long-awaited debut album 'Dream Chaos', out digitally and on limited 12” vinyl on 12th April 2019 via Hand In Hive.

Written and recorded throughout the first half of 2018, the LP was self-produced by the multi-talented Zoe Mead in the band’s Greenwich studio and mixed by Greg Hughes of Bella Union-signed band Still Corners.

The announcement comes alongside the release of the album’s lead cut “Headrush”, as well as confirmation of tour dates across the UK this autumn, including a show with rising Bristol artist Fenne Lily.

Following widespread praise from The Independent and NME to SPIN and Pigeons & Planes and slots at Green Man Festival and multiple trips to The Great Escape, the new single outlines what listeners can expect from the forthcoming album.

Building out of a typically eerie Wyldest opening, with reverberating guitar lines and gently splashing cymbals, the track morphs into a brilliantly bouncing, syncopated dream-pop number that shows the tireless London trio at their infectious best.

“I’m lost, I’m found / Walls are falling down” Mead cries with her beautifully affecting vocal in one the band’s most assured and thought-provoking choruses to date, as she tackles the emotions of ambition, fear and the unknown.

A highlight from the live stage, Mead herself plays bass on the track, as fellow multi-instrumentalist Mariin Kallikorm (the two effortlessly swap between guitar and bass duties) provides increasingly crunching and urgent guitar lines and Jack Gooderham powers through a relentless drum beat in the magical first taste of Dream Chaos.

Of the track Mead offers:

Public transport in a big city springs to mind. We regularly talk about the sadness we feel on a busy train where intentionally ignoring the presence of everyone else is the norm. We probably think about this too much.

“Headrush” stands as a reminder to ourselves to put out positive feelings and be mindful of people around.

In a world dominated by male producers, Wyldest - lead by the non-stop energy of Mead and Kallikorm - are carving their own path. The duo write, engineer and produce all their own music, videos and artwork themselves. It is this self-sufficiency and tireless work ethic that has helped Dream Chaos come out the way it has; a collection of songs Wyldest have been working towards for the best part of four years.

“Headrush” is available to stream and download from Tuesday 9th October.

“An enthralling return, with the band's textural exploration taking them further than ever”

The Line Of Best Fit

“Delicate, textural soundscapes that get deeper on every repeat”


​"Sparkling shoegaze-pop with a hop and a skip"

“More encompassing and compelling with each sweeping twist and turn”

"It’s the perfect time to get Wyldest into your head"