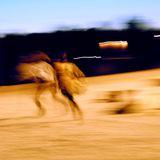 “Both dreamy and unnerving, holding tones reminiscent of Warpaint”

The Line Of Best Fit

“An enthralling return, with the band's textural exploration taking them further than ever”

“Delicate, textural soundscapes that get deeper on every repeat”


“Sparkling shoegaze-pop with a hop and a skip"

“More encompassing and compelling with each sweeping twist and turn”

Wyldest have revealed a new single in the shape of 'Alive'; a blissful, indie-pop cut and the second to come from their long-awaited debut album 'Dream Chaos', out digitally, on CD and limited 12” vinyl 1st March 2019 via Hand In Hive (Swimming Tapes, Jealous of the Birds, Tancred) and available to pre-order now.


Showing the band at their eloquent, nostalgic best, 'Alive' builds out of its gossamer beginnings into a subtly empowering piece of work, which touches on the importance of looking to the future and focusing on the positives in life; a mantra by which Wyldest’s energy and enthusiasm proves they live.


Written and recorded throughout the first half of 2018, the 'Dream Chaos' LP was self-produced by the multi-talented Zoe Mead in the band’s Greenwich studio and mixed by Greg Hughes of acclaimed indie outfit Still Corners.


The album will be released alongside further tour dates across the UK over the coming months, including a hometown headline show at London’s Sebright Arms on Tuesday 5th March.

Following widespread praise from The Independent and NME to SPIN and Pigeons & Planes and shows across the UK, slots at Green Man Festival and multiple trips to The Great Escape, 'Alive' showcases the indie-pop influence which shines through the forthcoming album.


In a world dominated by male producers, Wyldest - lead by the non-stop energy of Mead and Kallikorm - are carving their own path. The duo write, engineer and produce all their own music and videos themselves with flawless percussion coming from Jack Gooderham. It is this self-sufficiency and ceaseless work ethic that has helped 'Dream Chaos' develop the way it has; an assured collection of unique shoegazing, synth-pop songs Wyldest have been working towards for the best part of four years.