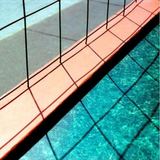 Watch the video for “Quiet Violet”

Wyldest have revealed a new video for 'Quiet Violet', taken from debut album Dream Chaos, out digitally, on CD and limited 12” vinyl 1st March 2019 via Hand In Hive (Swimming Tapes, Jealous of the Birds, Tancred).

The final track to come from Dream Chaos, the song explores themes of feminine repression, following dreams and longing for the innocence of childhood. In keeping with the self-sufficient story, the accompanying video - starring the brilliant Ellen Girdler - was directed and produced by the band’s founder, Zoe Mead with assistance from Mariin Kallikorm; the duo’s non-stop energy, enthusiasm and creative diversity are the lifeblood behind Wyldest.

'Quiet Violet' comes ahead of a headline UK tour and follows previous singles 'Headrush' and 'Alive', which both picked-up Radio 1 play from Huw Stephens, as well as widespread online support from the likes of Dummy, DIY, Clash, The Line Of Best Fit and The 405, who wrote of the latter, “Gorgeous music designed to free your mind from the clutter of daily life...”

Speaking about the track and its accompanying video, the band explain :

“'Quiet Violet' tells the common tale of a struggling adult who succumbs to societal pressures and gets themselves trapped in a life full of broken dreams and frustration. When you do things against your own dreams to please others, it can be easy to find yourself stuck in a life you find hollow and suffocating. 'Quiet Violet' represents a passive character, unable to fight the pressure around them to live the life they choose. This happens in all walks of life, all around the world and commonly to females. From forced marriages all the way through to being respected less by employers, females regularly get the short straw when it comes to choosing their own path and much of the time it takes a rare strength to overcome it.

The heroine of our video is a female shown working in a laundrette, dreaming of a life amongst nature and truth, away from capitalism and a life chosen for her. The video enters the character’s life at a turning point - showing her daily turmoil - desire to go back to the simplicity and perfect ignorance of childhood.

Written and recorded throughout the first half of 2018, the Dream Chaos LP was self-produced by the multi-talented Mead in the band’s Greenwich studio and mixed by Greg Hughes of acclaimed indie outfit Still Corners.

The album will be released alongside a ten-date headline UK tour (Leicester date added), including a hometown show at London’s Sebright Arms on Tuesday 5th March.

Following praise from The Independent and NME to SPIN and Pigeons & Planes and shows across the country, slots at Green Man Festival and multiple trips to The Great Escape,'Quiet Violet' showcases the brooding, indie-pop influence which shines through the forthcoming album.

In a world dominated by male producers, Wyldest - lead by the non-stop energy of Mead and Kallikorm - are carving their own path. The duo write, engineer and produce all their own music and videos themselves with flawless percussion coming from Jack Gooderham. It is this self-sufficiency and ceaseless work ethic that has helped Dream Chaos develop the way it has: an assured collection of unique shoegazing, synth-pop songs Wyldest have been working towards for the best part of four years.