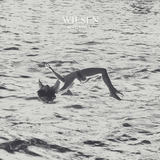 Hunger TV: "Tamsin Wilson has vocals that hit you with a power and beauty, which almost forces you to close your eyes and imagine some mystical wonderland of pine trees and foggy lakes."

Clash: "...evoking the mood of Nick Drake and epic soundscapes in the vein of Arcade Fire."

DIY: "('Anahita') grows from a fragile four-minutes of plaintive vocals and sparse instrumentation, into the kind of heart-racing build that would send Explosions InThe Sky back to the drawing board."

Wilsen is the creation of 24-year-old London native Tamsin Wilson. Forged in the burgeoning creative quarters of Brooklyn, Wilsen’s fragile, seductive sound sits at odds with the transient cultural moods of her adopted neighbourhood, instead sharing a closer creative affinity with the timeless sonic textures of European dream pop.

Alongside bandmates Johnny Simon Jr and Drew Arndt - both songwriters & producers in their own right - Tamsin Wilson’s passion is for the detail; each Wilsen song is tirelessly sculpted over time, building an atmosphere, a mood, a state of mind. Simon Jr’s minimalist guitar melodies and Arndt’s rhythmic basslines create a platform for the gossamer vocals of Tamsin Wilson, by turns ethereal and earthy, and the rich driving force behind Wilsen’s gentle rise.

Schooled at Berklee’s College of Music in Boston,Tamsin Wilson’s move to the East Coast was a step into the unknown. A shy, unassuming Brit with an ever-growing collection of introspective folk songs to her name, it wasn’t until chance meetings with Simon Jr and Arndt at Berklee that the young songwriter was urged to explore her creative muse, immersing herself in the songwriting of Mazzy Star, Cocteau Twins, & Sufjan Stevens.

A self-recorded - over a week in rural Ontario - and self-released mini debut album ‘Sirens’ coincided with the trio’s decision to relocate to NewYork in the spring of 2012.The album showcased the warmth of Tamsin’s voice and a songwriting palette that moved effortlessly between scintillating post-rock crescendos (‘Anahita’) and gentle folk intimacy (‘Dusk’). Shared online, the word gradually began to spread; debut BBC 6 Music plays, Amazing Radio playlists, a national support tour with 4AD’s Daughter in North America and more.

In the autumn of 2013 the band graced the cover of New York’s Deli Magazine CMJ Special, playing four shows across the festival to far-reaching acclaim. Further New York support dates followed with the likes of London Grammar, Lia Ices & San Fermin as the band road-tested material for their much-anticipated new EP.

The ‘Magnolia’ EP will be released on the 19th of May and will coincide with the trio’s debut London show at The Slaughtered Lamb on the 6th May. Ahead of that they will support Communion’s Matthew & The Atlas on his eight-date April UK Tour. They finish their inaugural UK visit with two shows at the Great Escape Festival in Brighton.

Tracklisting for the ‘Magnolia’ EP: ‘Magnolia’,‘Go Try’,‘Sea To Sea’ & ‘Emperor’